Many thanks to Meg, Ken and the crew at Connotation-Press for repeatedly publishing my work.  http://connotationpress.com/fiction/1668-maryanne-kolton3-fiction

Ellis watched from a cushioned window seat across the room, as yet another grad student managed to push his way into the crowd surrounding her husband.  Amusing, she thought, the way he drew people to him like metal filings to a magnet.  Zzzzzzzzt!  They became attached to him for the evening.  Yes, he remained erudite and charming.  Yes, he was still handsome for a man of advancing years and yes, he continued to radiate an aura of scholarly gravitas that managed to intimidate them.
She was elderly, the oldest woman in the room and the only one carrying a handbag.  She kept touching it as if to make sure it hadn’t vanished from the pillow next to her.  She massaged her temples for a moment - academic social gatherings still tended to give her migraines.
Her friend, Max Richter, head of the Anthropology department, had been one of the few people able to resist becoming ensnared in the net of charisma cast by her husband, the Pulitzer Prize winning author.  That was the single reason Ellis had slept with Max off and on over the years, until his death ten summers ago.
The rest of them knew her husband, Charles Brinkman, as the shape-shifting persona he summoned for them.  And, they adored him.  Of course, they didn’t have to share a house with him, bear his children, put up with his bullying anger -- his “creative angst” as he referred to it --and nurture his monstrous ego for all these many years.
Read more »
Posted by MaryAnne Kolton at 2:11 PM No comments:

AN INTERVIEW WITH KEN BRUEN: THE JACK TAYLOR SERIES 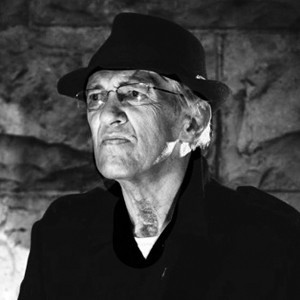 Do you always tell the truth?

Of course, but bearing in mind Tom Waits dictate
...............Do I tell you the truth or just string you along?
And of course, never allow a little thing like the truth to ruin a good yarn.
Sean Connery said...........tell them the truth and then it’s their problem.
Now take all the above, add a large dose of incredulity and stir.
I’ve always been a fine ...........stirrer, vital if you intend to write.

There is a rumor making the rounds that one of your ribs was surgically removed, and from this rib Jack Taylor was created.  What are the similarities between you and Jack?

I’m laughing at the notion, great idea.
Jack is based partly on my brother Noel, who was found dead , a homeless alcoholic, in the Australian outback.
Does alcoholism run in our family?
It gallops.
I wanted a character who had my fascination with books, who showed the horror of booze and unlike the other stereotype, did not love ‘His Mammy’
Jack says
‘My mother is a walking bitch’
Jack is the road I might have traveled if I’d another lifetime to squander.
He has alas, my short temper, and love of hurling.
Read more »
Posted by MaryAnne Kolton at 12:40 AM No comments:

PASSIONATE ABOUT LIFE, WRITING AND OPEN WATER: AN INTERVIEW WITH MATT BONDURANT

Thanks once again to Linda Richards at January Magazine for publishing this interview. 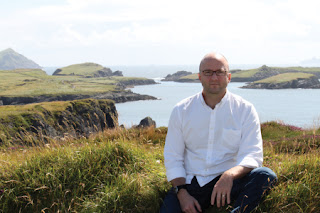 Matt Bondurant is passionate about life, writing and open water. His second novel follows the hugely successful The Wettest County In the World, now a riveting film called Lawless.
His new novel, The Night Swimmer, is a richly textured journey of a young couple, Fred and Elly. This powerful tale of melancholy, goats and the dark waves off the southern coast of Ireland, caught me up and held me in its net until the very last page.

Matt Bondurant was born and raised in Alexandria, Virginia.  He received his B.A. and M.A. in English from James Madison University, then went on to earn a PhD in English Creative Writing from Florida State University. Bondurant is the author of three novels, The Third Translation (Hyperion 2005),The Wettest County in the World (Scribner 2008), and The Night Swimmer (Scribner 2012), as well as numerous published stories, poems, essays and reviews. The film, Lawless, was made from Bondurant’s second novel, The Wettest Country in the World. Lawless was directed by John Hillcoat (The Road) and stars Shia Labeouf, Tom Hardy, Jessica Chastain, Mia Wasikowska, Gary Oldman and Guy Pearce and is currently in release.

MaryAnne Kolton: Was there anything specific in your childhood that encouraged you to be a writer? Tell us a bit about your life before you became Doctor Bondurant?

Matt Bondurant: I developed a serious reading habit at a very young age, mostly due to my mother’s relationship with books. We went to the library every week, each time taking home an armload of books, more than we could possibly read. I still have yet to encounter a book written before about 1950 that my mother hasn’t read.
My parents also ran an antique stall on the weekends, and in those days [1970s] you could just leave your eight-year-old kid at a used bookstall for the entire afternoon. From grades four to my senior year in high school I spent most of my time in school trying to conceal a book under my desk. I would bring several so I had spares when they were confiscated. I developed the essential habits of quiet isolation, becoming very comfortable with spending whole days alone. I was an ostensibly normal child for the most part, playing sports, friends, and the rest of it. I just read a lot of books.

Read more »
Posted by MaryAnne Kolton at 2:49 PM No comments:

A True Independent Spirit Known for Her Generosity, Best Selling Novels, and Collection of Cowboy Boots: An Interview with Caroline Leavitt

Thanks, once again to Melissa at HerCircle Zine.

She wears so many hats: novelist, essayist, interviewer, book reviewer, as well as being an award-winning senior instructor at UCLA Writers Program online. And that’s just a partial list of her talents. Although admittedly obsessive and compulsive to a degree, I found her relaxed, open and a joy to interview.

Caroline Leavittis the author of nine novels: Girls In Trouble, Coming Back To Me, Living Other Lives, Into Thin Air, Family, Jealousies, Lifelines andMeeting Rozzy Halfway. Various titles were optioned for film, translated into different languages, and condensed in magazines. Her new novel, Pictures of You went into three printings months before publication and is now in its fourth printing. A New York Times bestseller, it is also a Costco “Pennie’s Pick,” A San Francisco Chronicle Editor’s Choice “Lit Pick,” and it is one of the top 20 books published so far in 2011, as named by BookPage.
Her essays, stories and articles have appeared in Salon, Psychology Today, New York Magazine, Parenting, The Chicago Tribune, Parents, Redbook, The Washington Post, The Boston Globe and numerous anthologies.
She won First Prize in Redbook Magazine‘s Young Writers Contest for her short story, “Meeting Rozzy Halfway,” which grew into the novel. The recipient of a 1990 New York Foundation of the Arts Award for Fiction for Into Thin Air, a 2003 Nickelodeon Screenwriting Fellow Finalist, and a semi finalist in the Fade In/Writer’s Net Screenplay competition, she was also a National Magazine Award nominee for personal essay.
Caroline has been a judge in both the Writers’ Voice Fiction Awards in New York City and the Midatlantic Arts Grants in Fiction. She is an award-winning senior instructor at UCLA Writers Program online, where she teaches “Writing The Novel” online, and she also mentors privately. A book critic for The Boston Globe and People, she won a 2005 honorable mention, Goldenberg Prize for Fiction from the Bellevue Literary Review, for “Breathe,” a portion ofPictures of You. Caroline has appeared on “The Today Show”, “The Diane Rehm Show”, German and Canadian TV, and she has been featured on “The View From The Bay”.
Caroline Leavitt lives in Hoboken, New Jersey, New York City’s unofficial sixth borough, with her husband, the writer Jeff Tamarkin, and their teenage son Max.
Filed Under: UpClose Interview Tagged With: Caroline Leavitt, MaryAnne Kolton, Pictures of You, UpClose, writer interview

About MaryAnne Kolton
MaryAnne Kolton’s fiction has appeared or is forthcoming in numerous literary publications including the Lost Children Charity Anthology, The Toucan Magazine, Lost In Thought Literary Magazine, Anatomy, Her Circle Ezine, and Connotation Press among others. Her story “A Perfect Family House” was shortlisted for The 2011 Glass Woman Prize.
Author Interviews with Leah Hager Cohen, Siobhan Fallon, Charles Baxter, Alice Hoffman, Dan Chaon, Tupelo Hassman, Carol Anshaw, Lyndsay Faye, Kathryn Harrison and Charlotte Rogan have appeared most recently in The Los Angeles Review of Books, Her Circle Ezine, The Literarian/City Center and January Magazine. MaryAnne’s public email is maryannekolton@gmail.com. She can also be found on Facebook and Twitter and at her blog site maryannekolton.blogspot.com.


Posted by MaryAnne Kolton at 3:29 PM No comments:

A HISTORY ENTHUSIAST WITH UNCANNY ATTENTION TO DETAILS, AND SUPERB RESEARCH AND WRITING SKILLS: AN INTERVIEW WITH LINDSAY FAYE

Thank you, once again, to Dawn Raffel at the The Literarian - Center For Fiction for her fine presentation of my work!  http://www.centerforfiction.org/forwriters/writers-on-writing/lyndsay-faye-interviewed-by-maryanne-kolton/

Lyndsay Faye
The historical novelist (and Center for Fiction reading group leader) talks withMaryAnne Kolton about playing dress-up, discovering "vivid particulars," and deciding what to cut
Following her remarkable debut, Dust and Shadow: An Account of the Ripper Killings by Dr. John H. Watson, Lyndsay Faye entices us to enter the roiling streets of New York City in The Gods of Gotham. The year is 1845. Two seemingly unrelated events, the Irish potato famine and the creation of the “copper stars” are the basis for a riveting tale of desolation, crime, politics, and intrigue.

I find that most people like to know something about the early background of the authors they read.  With that in mind, will you tell me what books you read as a child?  Did anyone specifically encourage you to read? What was your family life like?

I grew up with books. My mom read to me and my little brother continually, and my dad did too. I always adored stories, so a time without books doesn't really exist in my recollection. I'm very grateful to both my parents for that, for having a house where it was no question you loved reading. And I learned to read for myself quite early, I think. All the usual classics --The Secret Garden, The Mouse and the Motorcycle, Peter Pan, Ferdinand the Bull. We loved the Narnia books, my brother and I. I'd an early mind to be a playwright/director, so I outfitted my brother in a pair of khakis, paper cloven hooves, and some kind of horn headband, and then glued cotton balls all over his chest with Elmer's. He made a fabulous Mr. Tumnus.

When I started reading for myself, I was voracious about it. The Lord of the Rings series was a huge favorite. I pored over them. Something about the bravery and self-sacrifice enthralled me to the point that I read the entire thing aloud to my little brother (with a few canny deletions of endless descriptions of forests).  At about age ten, I discovered the Sherlock Holmes mysteries, and I've been obsessed with those ever since. It turned out that hero stories are my mojo.

We grew up in the Pacific Northwest, so we pretty much had free rein of the neighborhood. My parents were always careful, but the town was safe, so we put pennies on railroad tracks to flatten them and sailed Lego men through dyke tunnels and fostered families of mice we found in the meadow. If we weren't reading tales of adventure, then we were out running amok imagining our own.
Read more »
Posted by MaryAnne Kolton at 7:05 PM No comments:

MaryAnne Kolton
mother, animal lover, published author and compulsive reader . . . See more about me at A Little Bit More About Me under the Home tag.